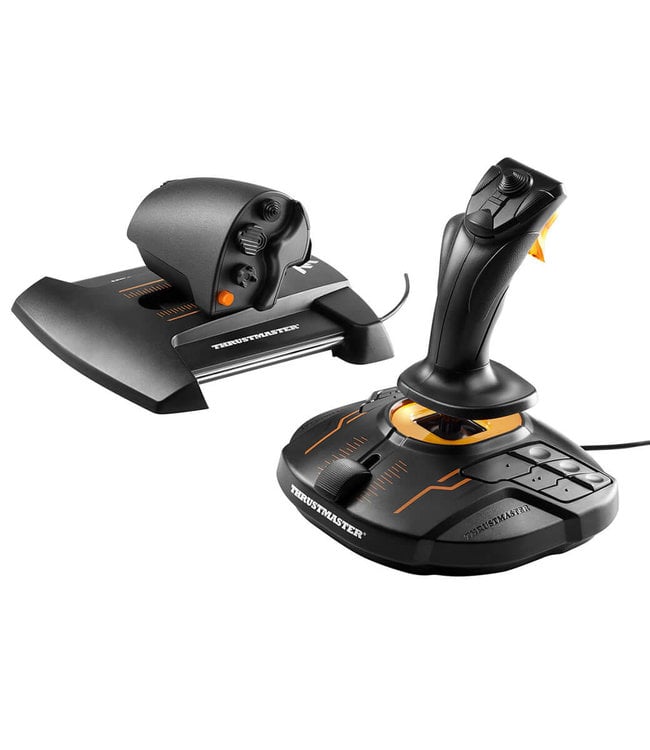 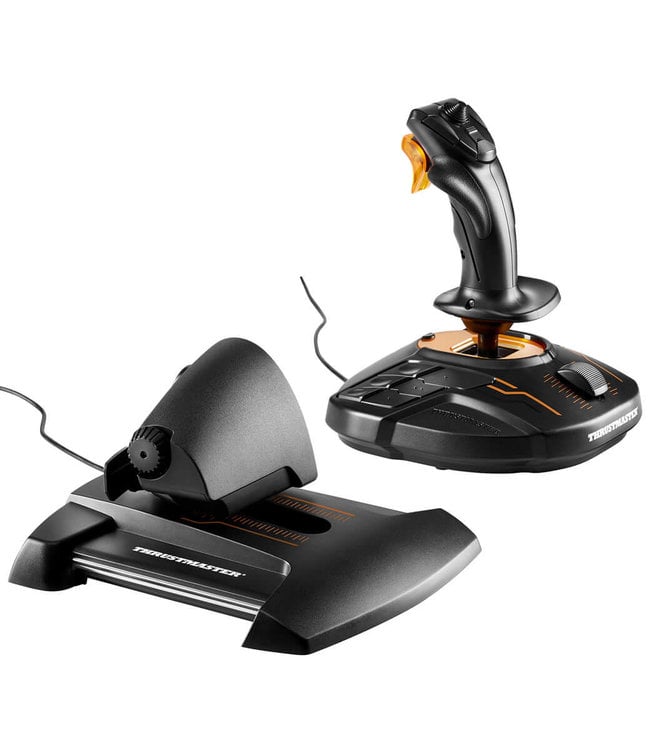 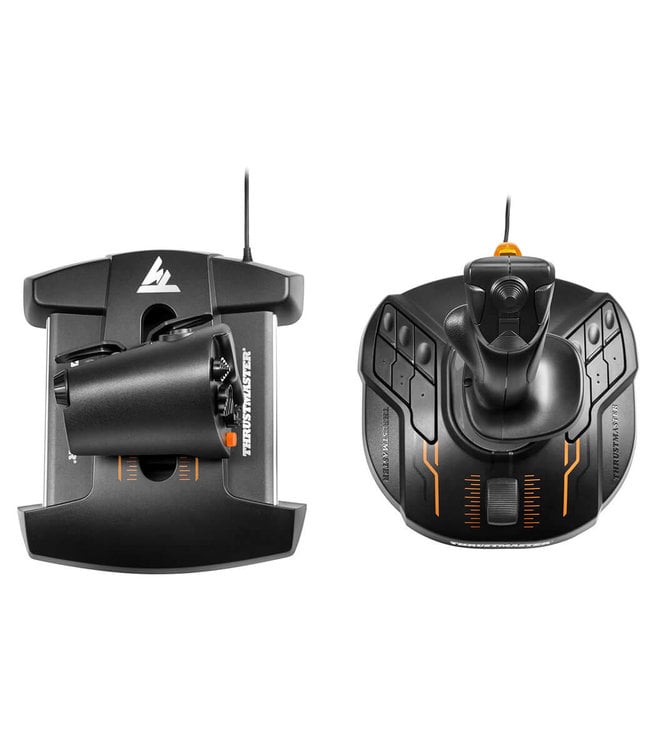 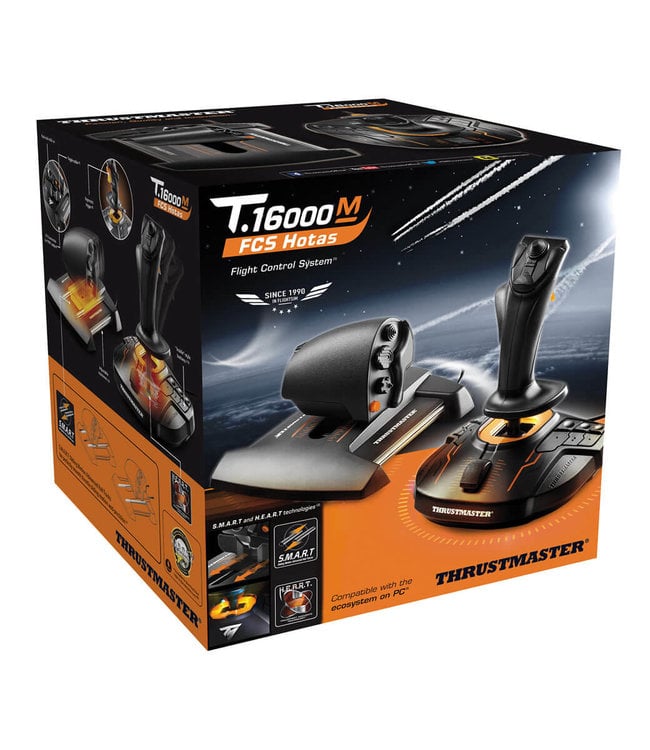 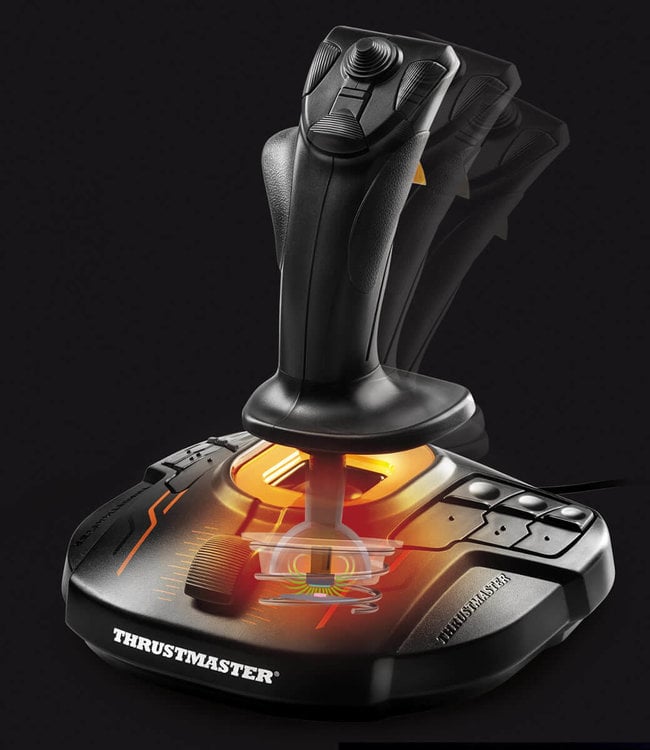 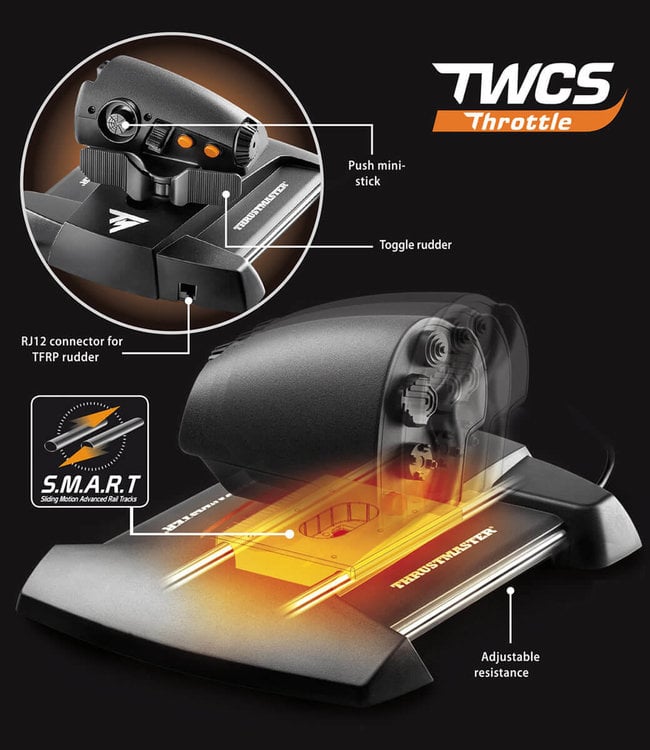 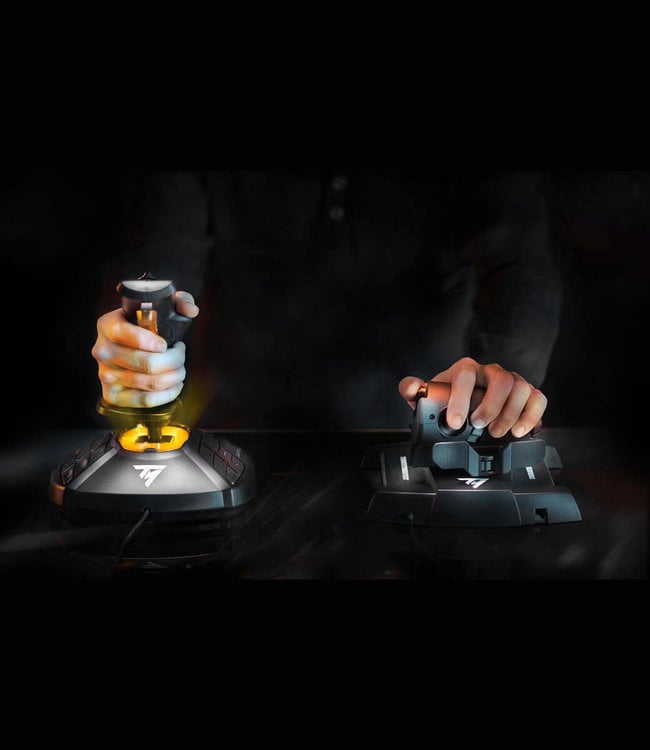 Hands On Throttle and Stick.

The T.16000M FCS HOTAS consists of the T.16000M FCS (Flight Control Stick) and TWCS (Thrustmaster Weapon Control System) throttle, allowing you to pilot aircraft both from commercial air travel and military aviation. Thanks to the design and the ergonomics of both the flight stick and the throttle, the Thrustmaster T.16000M FCS HOTAS offers several recognizable features allowing players to control their aircraft more quickly, more effectively and more accurately.

High-end technology for a mid-rate price.

The T.16000M FCS has 4 axles, including the twist rudder (operated by turning the stick), 16 action buttons with tangible, braille-like recognition, an 8-way point of view (PoV) hat switch and an ergonomic trigger. Thanks to stand-out orange accents and background lighting, gamers are lifted to a completely new level.

In order to fly with the utmost precision, the T.16000M FCS flight stick uses H.E.A.R.T HallEffect AccuRate Technology™. This gives the stick the same high-end technology that the HOTAS Warthog stick, Thrustmaster’s top product, uses. The coil spring (2.8mm diameter) in the stick ensures a strong, linear and uniform tension.

Simmers get very extensive controls, since the TWCS throttle has 14 buttons, and an 8-way PoV hat switch that is added to the joystick. This gives the pilot control over a total of 5 axles, 30 buttons and two 8-way PoVs. 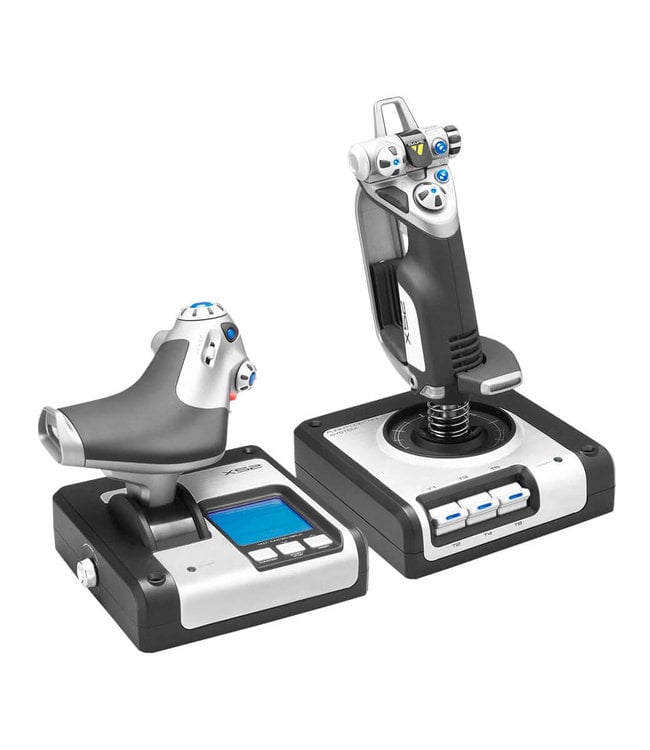 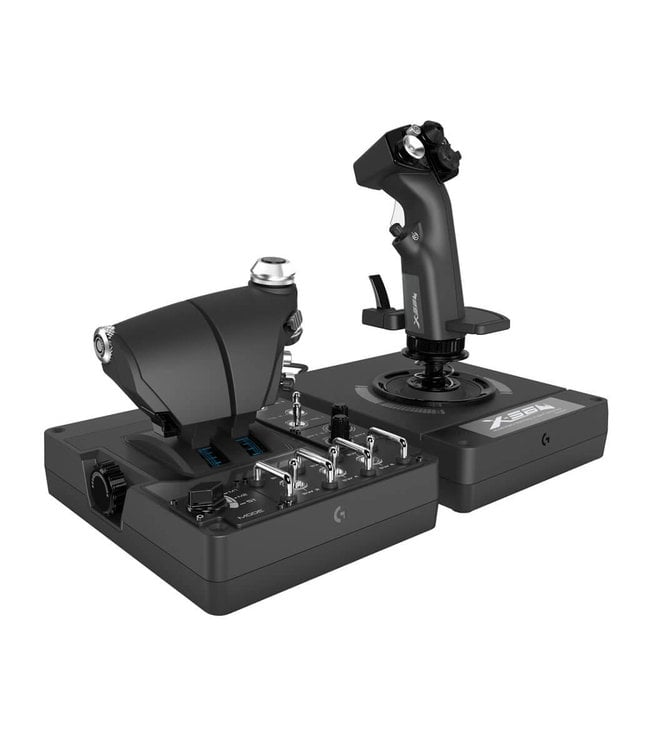 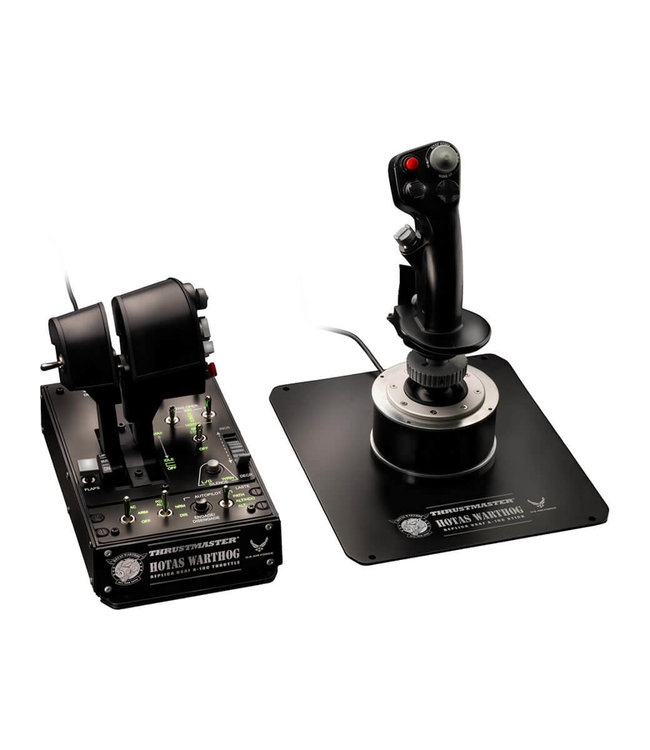 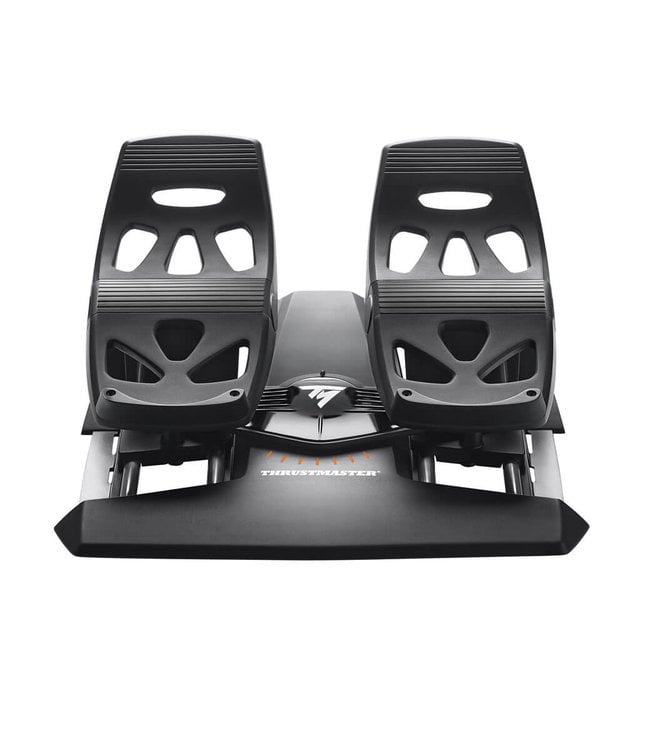 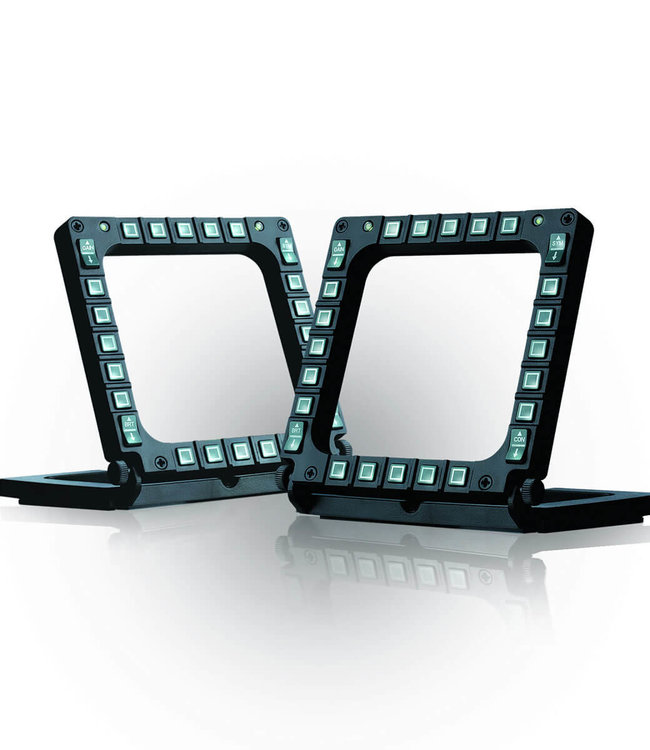 Excellent! For helicopter flights I wish I could change the spring strength (lower strength) 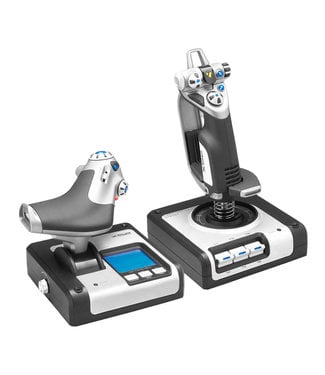 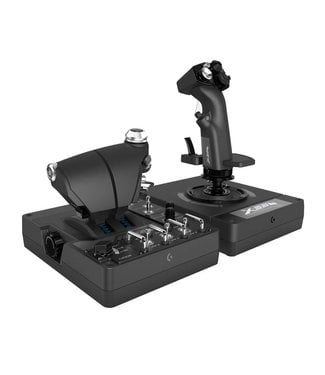 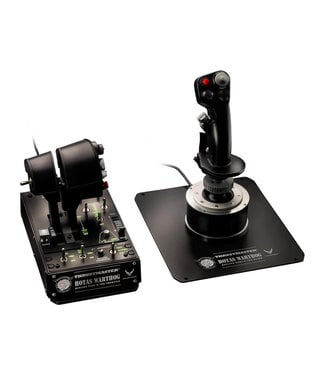 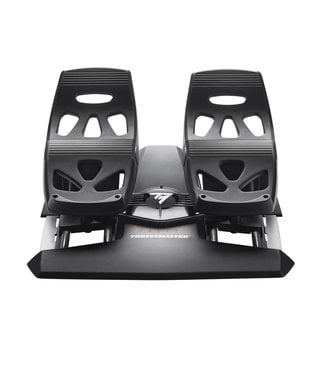